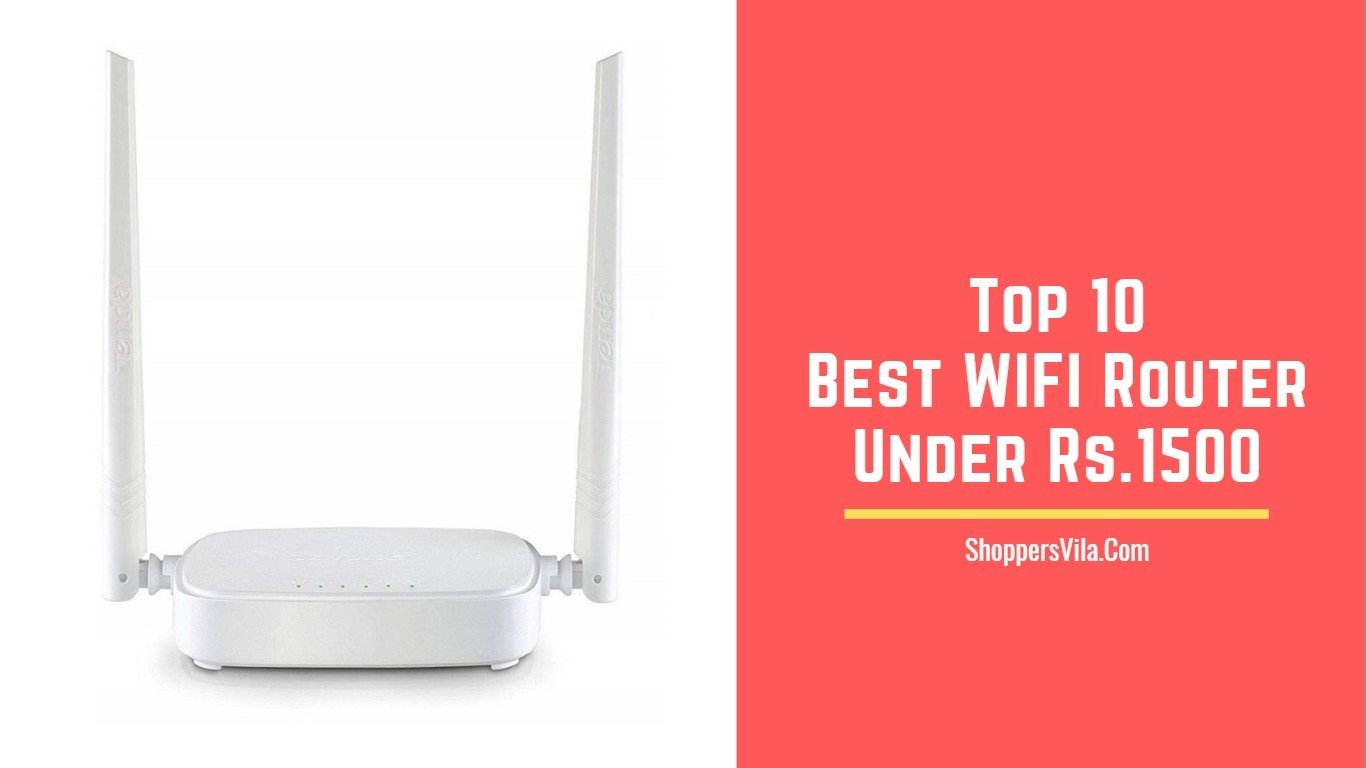 Hey, are you looking for the best WIFI router under 1500 rupees in India? Well, this in-depth research will help you to choose the best WIFI Routers under ₹1500 in India (2020).

Now, the older method of cable connection or LAN connection has been replaced by Wireless Routers. As the internet connection is growing day by day, you might need a good high speed WIFI Router to connect multiple devices with your modem.

Our Recommendation [Best WIFI Router For Both Home and Office Use]

Buying the best Wifi Router for your home or office is not as easy as you think. It is not like to select any brand available in market under your budget.

I’m highly recommended you to read our WIFI Router buying guide at the end of the list to get much clarity before buying the WIFI Router for your home or office.

Here some of the best WIFI Routers for Home & Small Office users Under Rs. 1500 is listed below,

* Best WIFI Router For Home Use 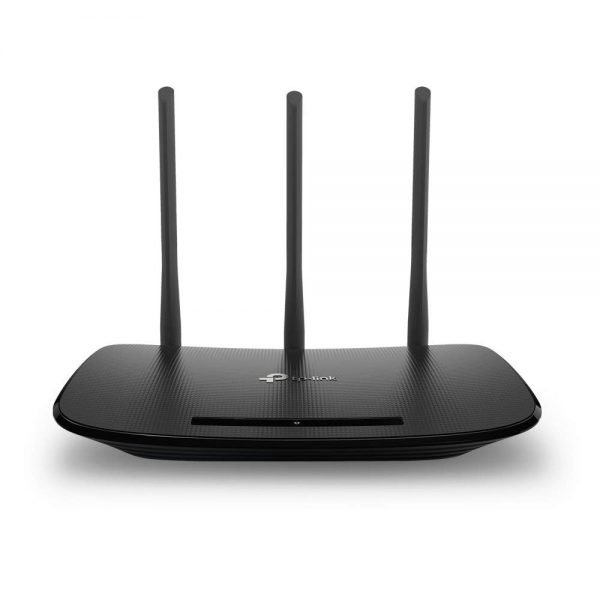 Tp-Link TL-WR940N is the most popular WIFI router which is specially designed for small business and home office use.

Generally, WR940N is the upgraded version with a speed of 450 Mb/s in comparing to previous version of 300 Mb/s speed.

Though its Wireless N (802.11n) is 15x faster and 5x the range of Wireless G (802.11g) which makes it ideal for high background intensive tasks faster than any other WIFI Routers available in this price range.

WR940N comes with four fast Ethernet ports which makes easy to connect with fiber line or a broadband connection. However, it is not compatible with phoneline internet.

It has IP based bandwidth control which helps you to allot bandwidth for multi-functional wireless devices. Also, WR940N comes with Parental controls feature to restrict unessential Web access on children's or employees’ Pc.

Finally, if you want a high-speed wireless Router for home use this is the one of the best WIFI router under Rs.1500 available in India.

* Amazing Wireless Router For Home and Office Use Under Rs. 1500 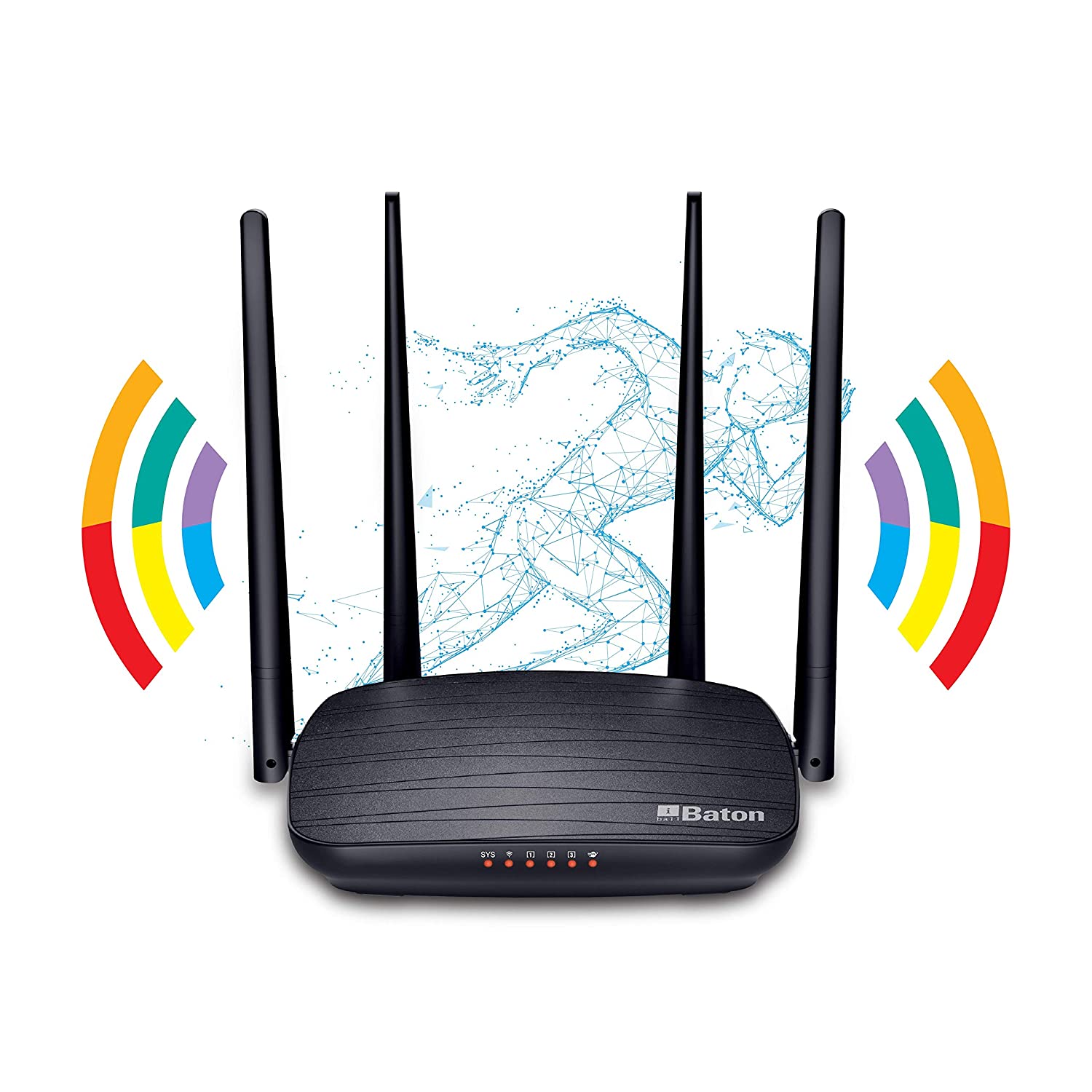 If you are looking for an office-based high-speed router then the iBall Baton iB-WRD12EN will fully satisfy you. Therefore, It comes with Dual Band Ac Technology which is capable of a speed up to 1200 Mbps with both 2.4Ghz and 5Ghz band.

Baton iB-WRD12EN has the latest Beamforming radio wave Technology for a wider range of coverage. Also, it has MU-MIMO Technology which offers more stable and speed optimization.

Now you can remotely control your router with its dedicated android app. However, it comes with anti-interference features which allows reduces the interference if there are a lot of wifi networks are available in your area.

If you have a good high-speed internet ISP plan connection, then iBall Baton iB-WRD12EN will never regret you. However, Enjoy lag free online movie streaming, online gaming and download files faster than any other in this budget.

Finally, if you want a fast speed dual band wireless router (upto 1200 mbps), iBall Baton iB-WRD12EN is the best WIFI router below 1500 for both home and office use in India. 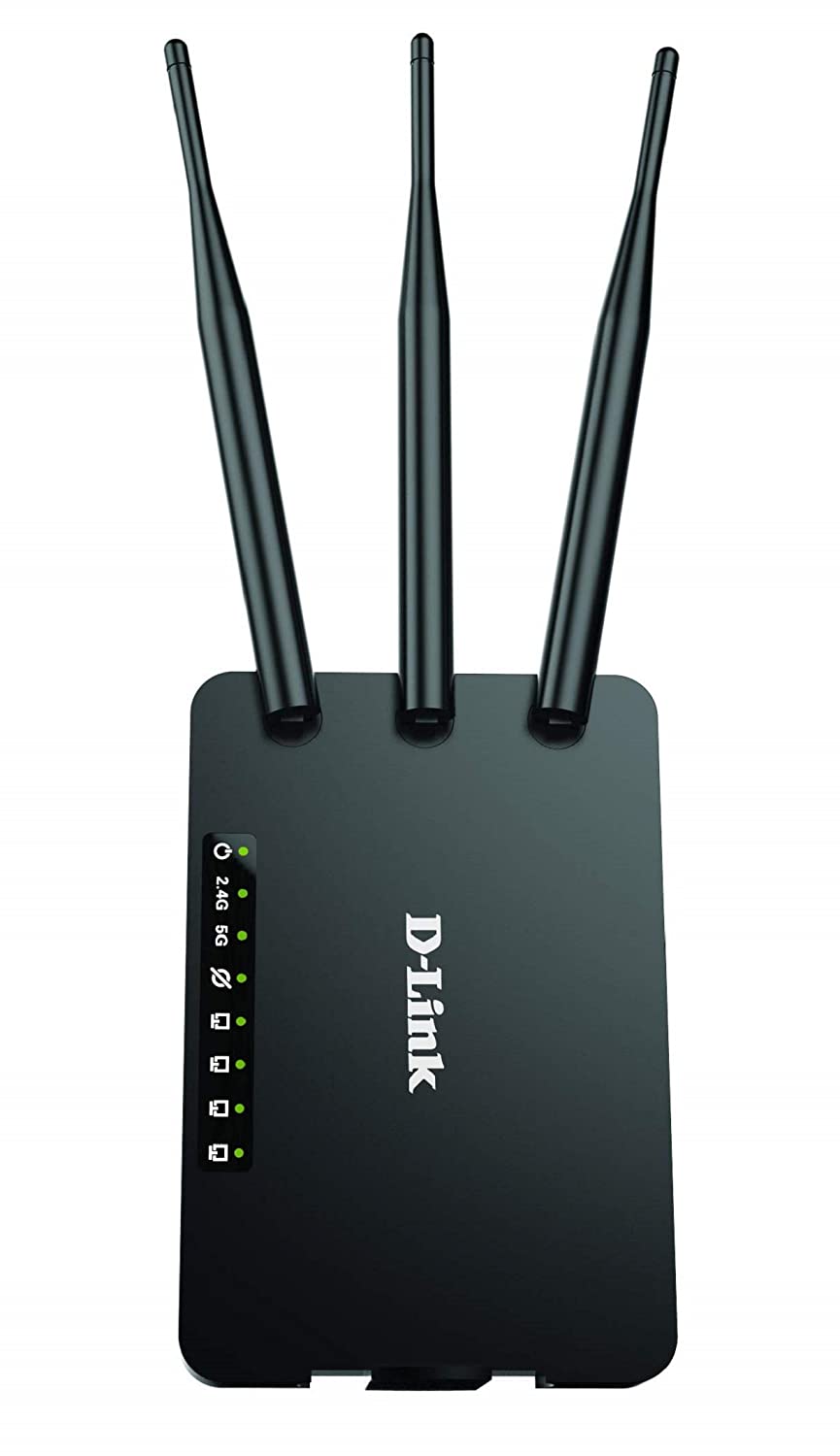 D-Link Dir-806 – AC750 is one of the fastest Wireless WIFI Router under Rs. 1500 in India. It comes with dual band wireless ac for a seamless internet experience.

D-Link is known for their performance, comfortable and faster connectivity. This Dir-806 model is coming with fastest ever speed of 750 Mbps for multi-video streaming and online gaming. So, you don’t need to worry about slow connection.

You can easily setup your router with the help of the manual guide provided on the package. Also, it ensures WEP, WPA, WPA2 security to secure your wireless connection.

Moreover, Dir-806 also comes with heat-dissipation design which improves performance by filling air gaps between the heat sink and the heat spreader on the device.

D-Link Dir-806 – AC750 is best for those who need high-speed data transmission upto 750 mb/s. It is one of the best routers under 1500 rupees available in market.

* Ideal WI-FI Router For Home Use in India 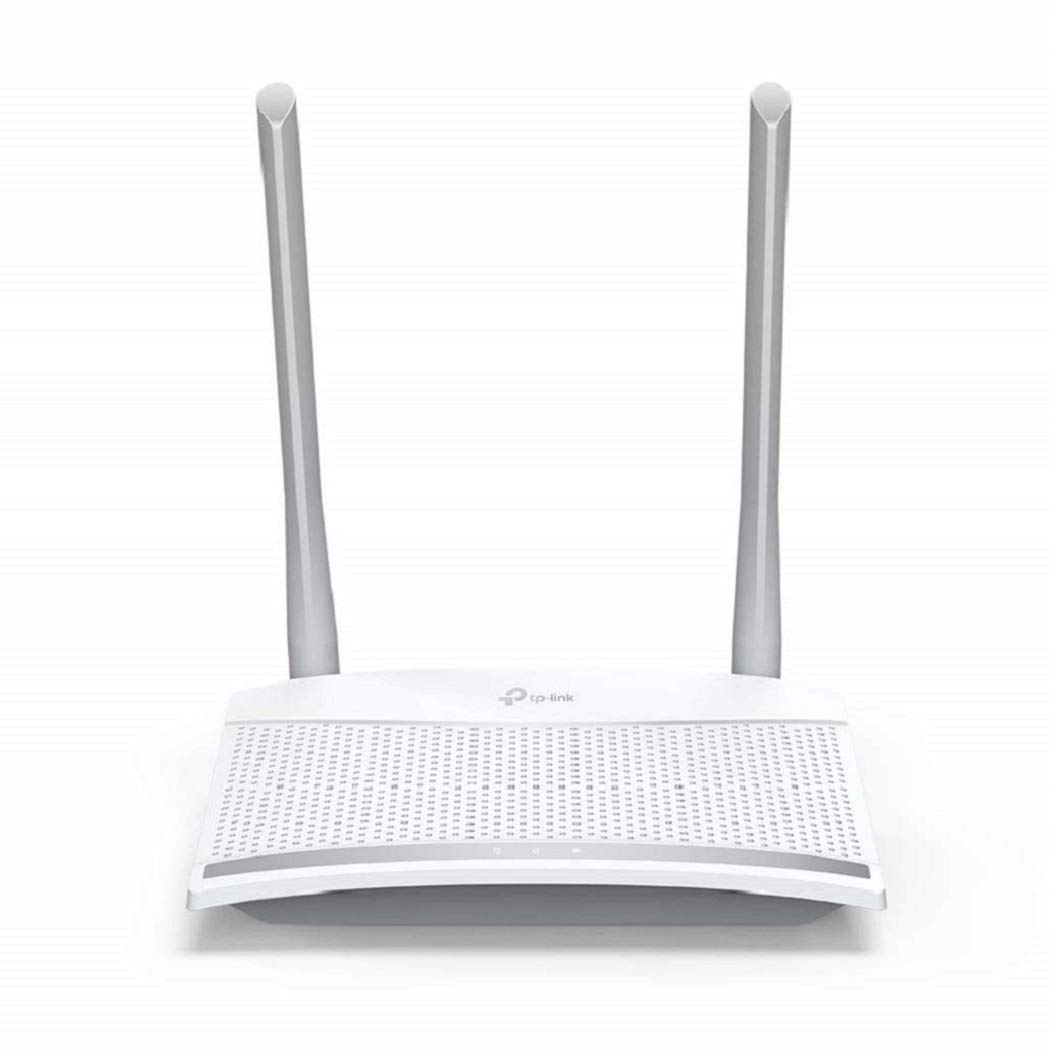 TP-Link TL-WR820N is another best router for everyday Home use. It comes with high speed wireless connection of 300 mbps and compatible with IEE 802.11b/g/n.

TL-WR820N comes with IGMP Proxy/Snooping, Bridge, and Tag VLAN support which optimizes IPTV streaming for a lag-free streaming experience. It also offers separate access for guests to use your Wi-Fi network.

In addition, It also supports IPV6 to enjoy services offers by your ISP. However, you can also protect unessential web access with its parental control technology. 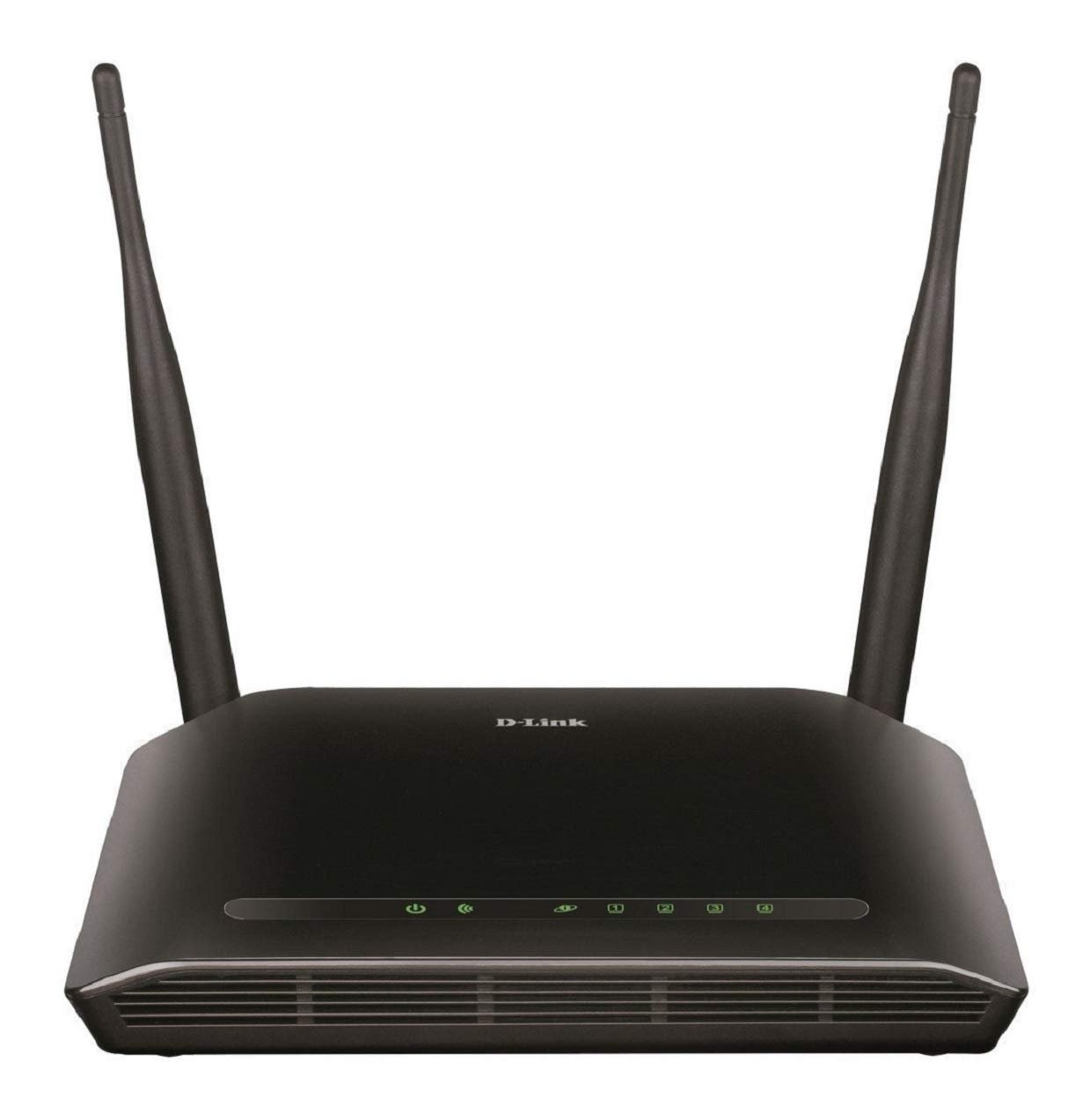 D-Link Dir-615 is another top-rated Wireless Router available in the market below Rs.1500. It ensures to deliver seamless wireless experience, encryption and coverage with IEEE 802.11n/g technology.

Dir-615 comes with a speed of 300mbps and at a frequency of 2.4 GHz. So, now you can share, download or upload and play online games without any interruptions.

It also has repeater mode which enables to extend the range of your existing wireless network. As it has Web browser-based setup so, you can easily setup and configure your router.

This router has WPA/WPA2 wireless encryption which enables security on your internet connection. In addition, it also comes with a firewall which helps to protect your network connection from local and remote intrusions.

D-Link Dir-615 has WPS which allows you to add other devices quickly & securely in your network connection. However, it also comes with NAT Firewall which manages traffic and prevent exploits and intrusions.

Moreover, D-Link is offering D-Link Direct Service (DDS) to replace your defected D-Link Product with the working one next to your Doorstep. This router comes with a 3 Year Manufactures Warranty and compatible with any kind of Operating System.

* Best Wireless WIFI Router For Home and Small Office Use Under Rs. 1500 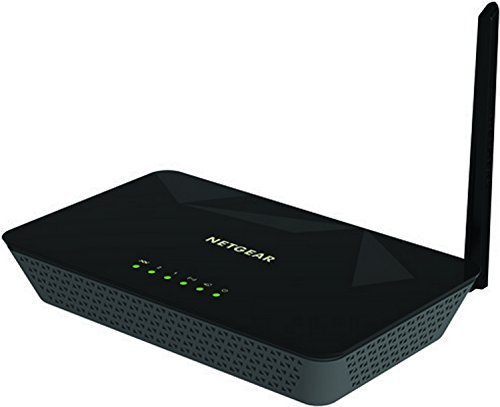 Netgear WNR614 ensures faster download & internet gaming with a speed of 300 Mbps. It is very easy to install and configure settings to connect with other devices.

WNR614 offers easy push n connect WPS button to connect WIFI. Also, you can separately give access your guest to use your network.

It comes with two powerful external antennas which covers a good range of WIFI signal on every corner of your house. So, that you can browse the web on your smartphone without any interpretation.

Moreover, It comes with the highest level of protection with WPA and WPA2 encryption. Netgear promises 2 years of replacement warranty for any kind of defect. 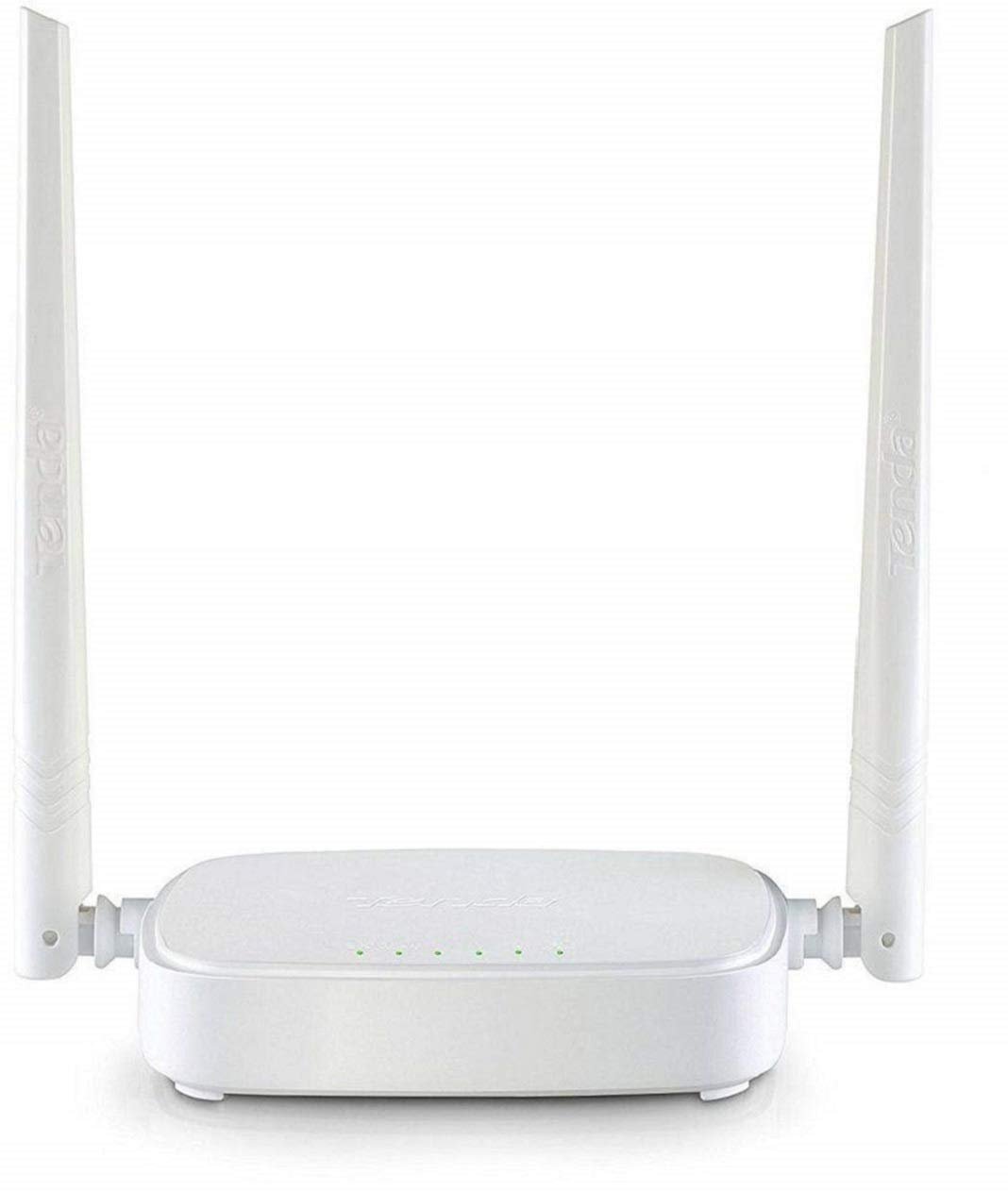 The one of the finest things is that it is very easy to install and setup. Moreover, it offers advanced security protocols like WEP (64 and 128 bit), WPA-PSK and WPA2-PSK to prevent unessential access to your network and data privacy.

In addition, N301 comes with WPS (Wi-Fi Protected Setup) button which allows you to connect wireless networks in just one click. Also, you can manage parental control to block unauthorized web activities.

* Best Router For Everyday Home Use

TP-Link TD-W8901N is another good router for everyday Home use. However, It comes with high-speed wireless connection of 150 mbps which is good for online gaming, video streaming and net calling.

TD-W8901N comes with SPI and NAT firewalls to provide extra security on your network connection.

It also supports IPV6 to enjoy services offers by your ISP. However, you can also protect unessential web access with its parental control technology. 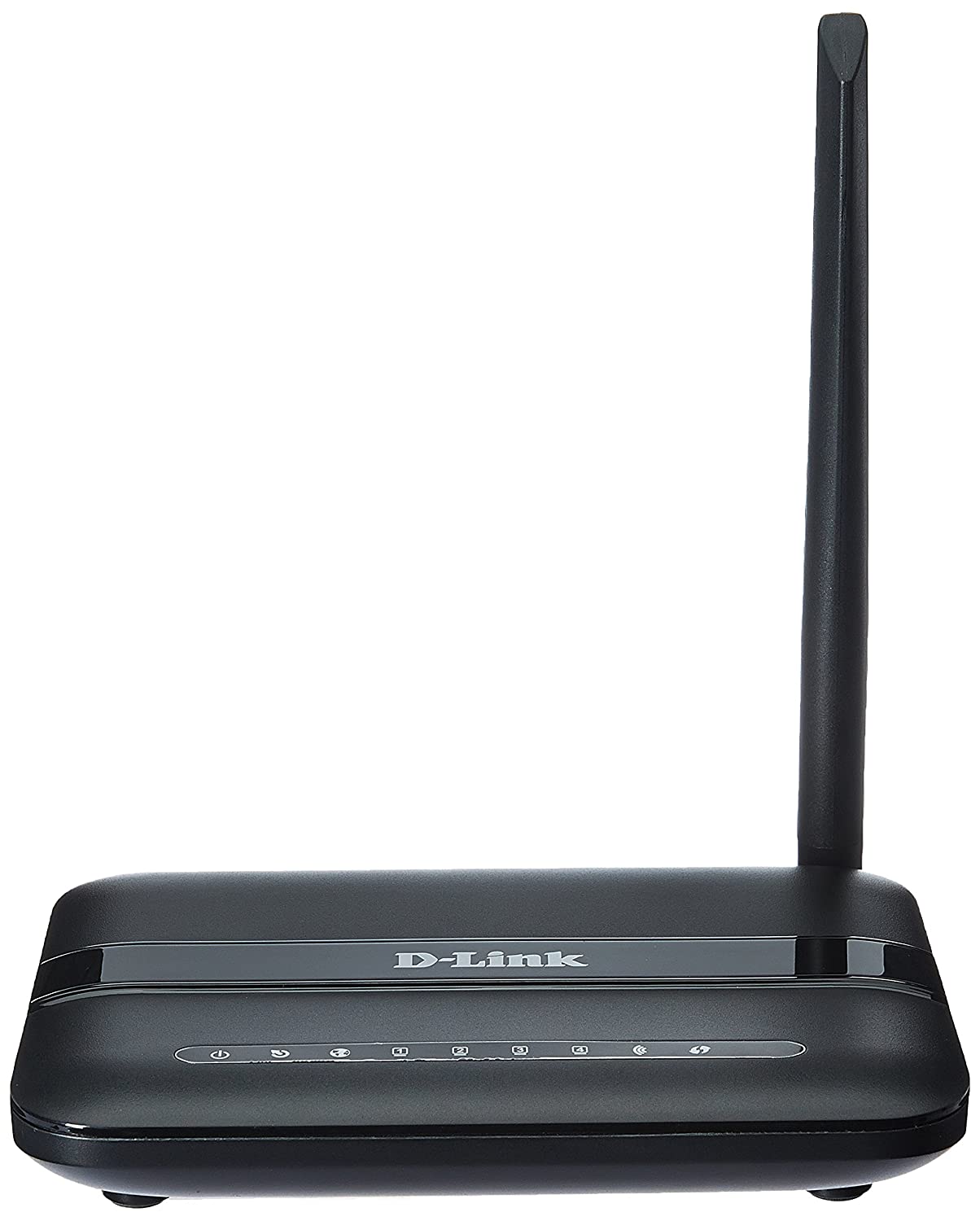 D-Link DSL-2730U is one of the fastest home or small office Wireless WIFI Router under Rs. 1500 in India. It comes with a speed up to 150 mbps for a seamless internet experience.

D-Link is known for their all-around wireless performance, comfortable and faster connectivity. This DSL-2730U model is coming with four LAN port and range is quite good in this range of price.

You can easily setup your router with the help of the manual guide provided on the package. However, it ensures NAT, SPI Firewall and 64/128-bit WEP encryption to secure your wireless connection.

Netgear D500 N150 ensures fast download & internet gaming speed of 150 Mbps to ensure fast and reliable Wi-Fi connectivity. It is very easy to install and configure settings to connect with other devices.

D500 offers plug-and-connect devices where you do not need any CD for getting started. Also, it comes with powerful external antenna which covers a good range of WIFI signal on every corner of your house. So, that you can browse the web on your smartphone without any interpretation.

However, It comes with the highest level of protection with WPA and WPA2 encryption. Netgear promises 2 years of replacement warranty for any kind of defect.

If your budget is limited under Rs.1500 and want a good router for your office then I should recommend you to purchase iBall Baton iB-WRD12EN which is one of the best available in market.

I hope you selected the best wifi router under 1500 rupees in India from the above list. However, If you Still have any query, please let me know by commenting below. 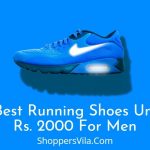 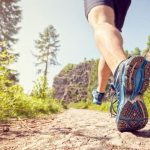 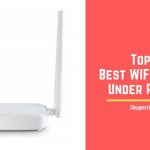